This selection of steering wheels for XBOX SERIES X|S will allow fans of driving games to experience the thrill of racing, with a successful recreation of the sensations on board the car.

In addition, the steering wheels of the previous generation are compatible with the new XBOX SERIES S|X. 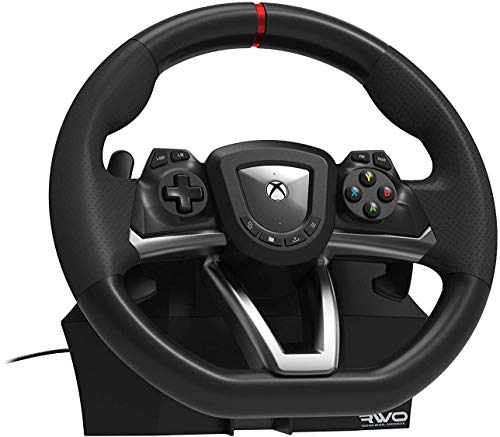 The first thing you’ll see when you open the HORI Overdrive box will be a very aesthetically pleasing steering wheel, with a very nice feel: its coating is non-slip and textured.

Although it includes two analog pedals (accelerator and brake), it also has sequential shift paddles so you can play as comfortably as you want at all times.

As for the interface, it incorporates LED indicators and programmable buttons; in terms of ergonomics, it has suction cups and clamps, whose stability characteristics are appreciated.

Rating:
8/10
The HORI OneDrive is one of the best steering wheels to get you started in driving games, and it requires a lower investment than its opponents.
See price 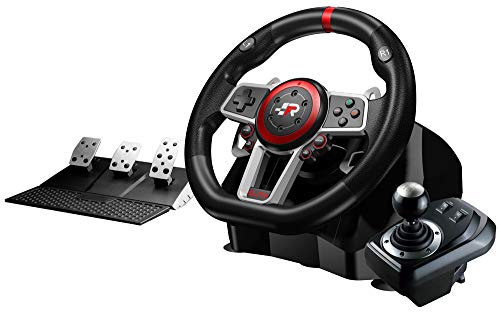 From the hand of FR-TEC comes this XBOX SERIES S|X compatible steering wheel that includes a few extras that are rarely found in the same pack.

Starting with what stands out the most, this wheel is the only one on the list that includes a manual gearshift, while also featuring paddle shifters on the steering wheel in case you prefer F1 style.

It also comes with a set of 3 pedals made of aluminum and folding.

As for the fastening it has a suction cup system and a clamp type clamp, to avoid any movement of the steering wheel.

Rating:
7.5/10
The FR-TEC wheel surprises us by the amount of extras it brings at such a competitive price. It is a good wheel to enjoy racing games.
See price 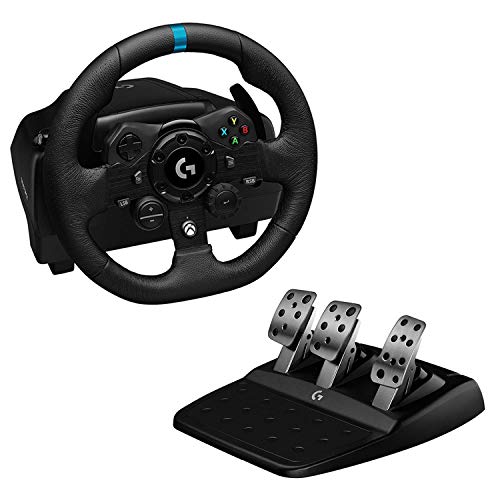 This steering wheel comes with pedals and manages to recreate a simulation environment: you will feel like a real racing driver thanks to the brushed metal finish, the polished pedals and the leather cover on the handlebars.

The steering wheel integrates the buttons of the XBOX controller; it includes the three pedals with a resistance given by its progressive springs, to give an absolutely realistic driving sensation.

It includes TRUEFORCEa high-definition force feedback system, which is synchronized to both the physics and sound of the game, and adds programmable dual-clutch launch controls, especially useful for getting extra traction on starts.

Rating:
9/10
The experience and good work that Logitech has been accustomed to in all its peripherals is reflected in the exceptional Logitech G923. If you value realism and budget is not a problem, this wheel can be yours.
See price 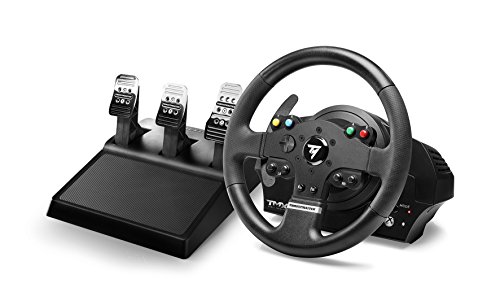 The Thrustmaster TMX Pro is the best-selling XBOX SERIES steering wheel and it’s not by chance.

Starting with the Force Feedback system, manufactured by combining a gear system with a belt and pulley system, it conveys a realistic feel with the resistance of the wheel of what is happening on screen, plus you also notice the quality of the metal shaft of the system’s bearings.

The steering wheel comes with a base of 3 adjustable pedals also made of metal, with a premium quality to which we are accustomed to the TMX brand.

As for the steering wheel, it has a turning angle of up to 900º, a size based on real steering wheels of 28cm in diameter and also features a rubber coating to notice that you are gripping a quality steering wheel.

In addition this TMX Pro has sequential gear shift paddles made of metal as well, with an ergonomic design similar to race cars.

Rating:
10/10
The Thrustmaster TMX Pro is a high end but very competitively priced wheel, it could certainly be the best XBOX SERIES S|X wheel we could recommend to you.
See price 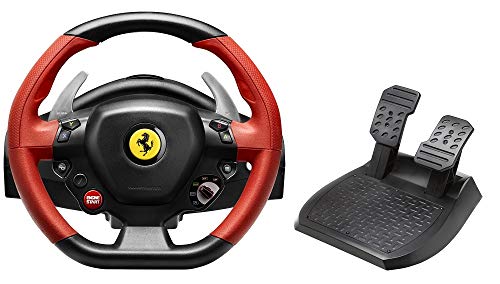 The Thrustmaster FERRARI 458 is an officially licensed Microsoft steering wheel.

At first glance, a large steering wheel is visible (28 cm, almost 70% of the size of the original): it is covered in rubber, which gives it a very pleasant feel.

Shifting gears can be done by means of its metal paddles, in the purest Ferrari GT style, or with the two long-travel pedals, which offer a very realistic resistance and angle.

Rating:
7.5/10
For a quite reasonable price, it will delight Ferrari fans by recreating the authentic steering wheel of the 458 Italia model, one of the most iconic models of the team.
See price