With the new generation already released, now it’s time to get the most out of our consoles. For that and honoring our name, we bring you here the guide with the best controllers for XBOX SERIES S|X.

The launch of the console is very recent, but little by little the companies are showing what they have prepared for us in terms of controllers or gamepads.

The XBOX ONE controllers are also compatible with XBOX X and S SERIES. 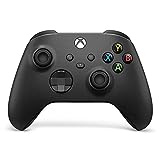 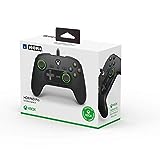 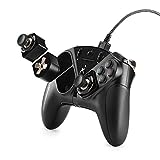 Which is the best XBOX SERIES S|X controller? 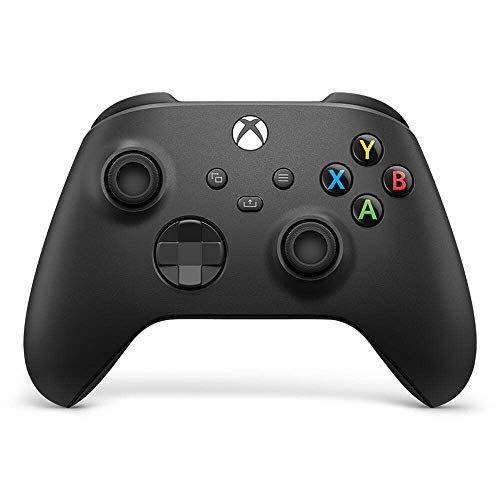 The Xbox X and S Series brings with it a completely new and improved controller over the old generation. Normally Xbox controllers are a favorite for many gamers, especially for their button placement and ergonomics. The truth is that they adapt to all types of hands, large or small, and this new version of Xbox Series X controllers polishes some aspects.

Above all they have focused on improving the crosshead, now inspired by the Microsoft Elite Controller, improving the pressing on the diagonals.

The main novelty in this Xbox Series X controller is the share button. A small actuator in the central part that will allow to create clips and screenshots to share them directly on social networks.

The crosshair changes its relief to improve the diagonal pressing and on the other hand, the rear triggers add a matte and anti-slip texture. In addition, its design is now more rounded, allowing smaller hands to reach all the buttons with ease.

Finally, Xbox has provided a list of specifications for the Xbox X Series controller.

The connector is USB-C type for when we use battery, not osbstante is a controller that comes factory battery-powered. In addition, the functionality is extended so that you can use the controller on any device of any generation, facilitating any type of connection with Bluetooth Low Energy (BTLE).

In addition, Microsoft has created a new technology called Dynamic Latency Input (DLI). This new functionality serves to reduce the input lag, reducing the reaction time on the screen from the moment we press any button or joystick.

The XBOX controller has already been the favorite of users and for this generation Microsoft has made some improvements that make this one one of the best controllers of the generation. 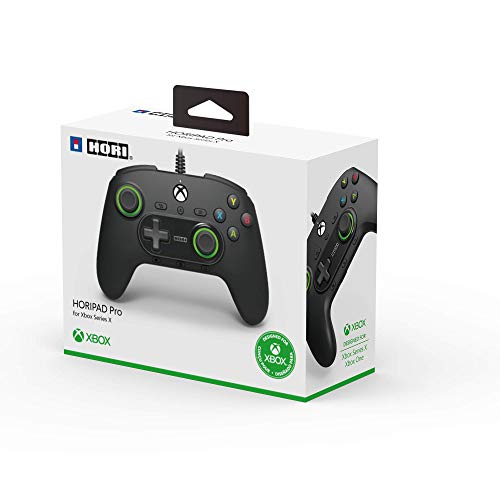 Hori is a brand that has already accustomed us to high quality devices, which dispense with some features, as in this case the wireless connection to optimize the cost of the controller to the maximum.

At first glance we see a similar design in the contour of the controller but unique at the bottom of the crosshead and right joystick.

It has all the features of the original XBOX SERIES controller, such as vibration and headphone connection, but also incorporates extra buttons to control the audio easily, adjusting the volume or muting the microphone.

On the other hand, the cable is 3 meters long, which is much appreciated since we don’t have to be glued to the screen. This also helps to reduce input lag.

It also has a software to customize some interesting things like the vibration of the controller or the triggers and if we want we can also activate the sniper mode.

Needless to say, it is officially licensed by Microsoft and the quality of the product is evident. 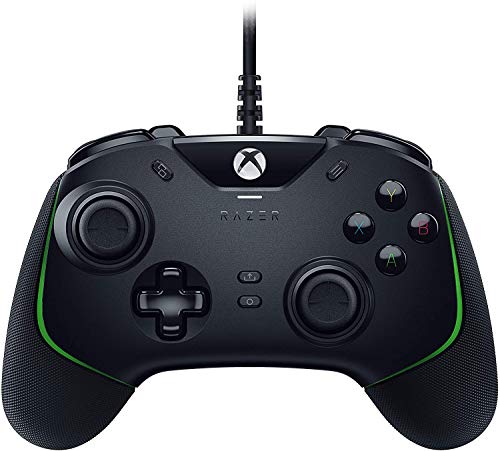 With the arrival of the new generation of Microsoft consoles, XBOX SERIES X/S, the gaming accessories brand Razer brings to market the new Razer Wolverine V2 controller, a competitive controller that allows us to reach the highest level of our gameplay.

It is a wired controller that, despite being less comfortable than a wireless one, offers a faster response speed when playing. Its ergonomic design gives us a better grip and greater ease when pressing any button.

Both the action buttons and the directional pad are mechanized, which gives us great precision in each press. This controller also has two additional buttons next to the triggers to which we can assign any command.

If your thing is to shoot it out with your friends in online games, with the sliding locks at the bottom of the controller we can reduce the distance of travel of the triggers, which allows us to get a small advantage over our enemies.

Moreover, with the RazerTM Controller Setup for Xbox app we can reassign the triggers and multifunction buttons, as well as adjust the sensitivity level of the stick in a quick and easy way.

Without any doubt the Razer Wolverine V2 is a safe bet if we want to take the step to the next level of gaming on our new XBOX S/X SERIES. 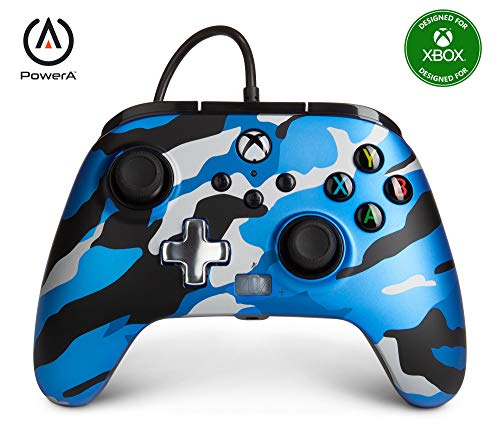 PowerA brings us an XBOX SERIES controller with a mid-range price but including high-end features.

We can start by saying that it works by cable, has a design and ergonomics similar to the official controller and a pretty cool color, so all right from the start.

It also has vibration, 3.5mm headphone jack, plus a dedicated button to mute the microphone. A touch of quality is the crosshair, which is made of metal.

And how could it be otherwise, if it is on the list of competitive XBOX SERIES controllers is because it has 2 mappable back buttons, you know, in case you want to press any action button without having to lift your thumbs from the joystick.

In addition, the USB cable is removable, for safe transport and measures 3 meters, which allows us to play without being glued to the screen.

Do not expect an extra refined premium quality, because the quality of the components is average, but hey, it’s a cheap competitive controller, a great option to consider.

Rating:
8/10 If you want a competitive controller for your XBOX SERIES X or S and you don’t want to spend a lot of money, the PowerA is a good choice.
DESCUENTO 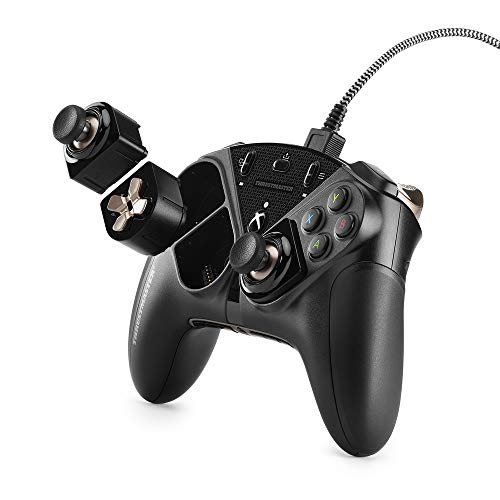 Thrustmaster has entered the XBOX SERIES competitive controller market with this ESWAP X Pro Controller and let’s see what it has to offer.

These interchangeable parts are called modules, and they are consciously manufactured to have a high sensitivity and top of the line performance, customizable through Thrustmapperx software.

As for the triggers, they have locking, so you don’t have to press all the way and can perform some actions faster, such as shooting in shooters.

And of course, it also has 4 fully mappable rear buttons to be able to perform any action without lifting your thumbs from the joyticks, or crosshead or whatever you have put in the modules. The thing is that they are somewhat small buttons and you will need to get used to master them.

The controller is cable operated and has a 3.5mm mini-jack input. In addition, it comes with a carrying case and 2 extra joysticks of different ergonomics to change.

Rating:
8.5/10 The Thrustmaster ESWAP is a piece of competitive XBOX SERIES controller, perhaps one of the most customization options .