Skip to content
Home > Gaming > PS4 vs XBOX ONE vs Nintendo Switch: The comparision

What is the best game console; PS4, XBOX ONE or Nintendo Switch? We are coming to the end of the generation cycle of game consoles, so you can already see with perspectives what are the advantages and disadvantages of each of them.

In this article we will review the main differences: Game catalog, online services, game console as a multimedia center and the price of each device, so that with all these data you can choose the one that best suits your needs.

We already have in La Guía del Mando the comparison of the next-gen: PS5 VS XBOX SERIES S|X.

Hardware Comparison: PS4 vs XBOX ONE vs Nintendo Switch

One of the main differences is that PS4 and XBOX ONE are desktop consoles, while Nintendo Switch has the versatility of being able to be played both in its portable mode, as in desktop with an extra graphic power that gives the Dock.

The PS4 is the one that is above the other 2 in terms of resolution, which reaches on most occasions to 1080p, while in Xbox One ranges between 1080p and 900p and finally Nintendo Switch, which has as maximum resolution in portable mode 720p and in some games can reach 1080p in desktop mode.

Considering that PS4 renders in a higher resolution, still the framerate is equal on PS4 and XBOX ONE, which in titles of a normal graphical load is usually 60fps, and in those that ask for a higher graphical load drops to 30fps. On Nintendo Switch, the vast majority of games run at 30fps at most, with a few exceptions.

While on PS4 and XBOX ONE we can use music discs, Blu-ray movies and streaming video and audio Apps (Netflix, HBO or Spotify among others), as of today Nintendo Switch only has the Youtube App (i.e. no Netflix, no HBO, Spotify…), plus it also does not have a disc reader.

Games are the main point that differentiates one company from another, the soul of the game console. There are big developers/publishers such as Ubisoft, Activision or Electronic Arts that distribute titles for all game consoles at the same time, so in this case the winners will be defined by the exclusive games and online services offered by each company.


For lovers of thrilling adventures with outrageous audiovisual productions, PS4 is the winner, as it has the best exclusive games of the generation such as Uncharted 4, Horizon Zero Dawn or God of War among many others. On the downside, PS4 is not backward compatible with titles from previous consoles

As for Playstation Plus, it is its main on-line service that offers the possibility of playing online and downloading 2 PS4 games per month, which you can enjoy as long as you have an active subscription (the games are saved regardless of the month in which you have downloaded them). Playstation Plus price: 4,99€/month (Annual subscription)

One of the novelties that has come to stay, many say to change the industry, is the game streaming, so that we can play a title executed from a server and played on our game console.
At Playstation that service is called PS Now, rolled out in full last March 2019.

PS NOW offers a catalog of 600 games that includes titles from past generations (PS, PS2 and PS3), but today you will find large queues to play the most prominent titles and also some input lag is still noticeable in games that base their mechanics on fluidity, such as combat games. PS NOW price: 14,99€/month

As for Virtual Reality, there is an unquestionable winner: Playstation 4, with PSVR. It is the only platform of the current generation in which a VR device has been introduced, with a large catalog of games, many of them exclusive.

While XBOX ONE also has its great exclusives (Forza Horizon 4, Gears of War 4, Crackdown 3…) these have a more competitive component and less oriented to great adventures. Although it does have the advantage of being backward compatible with its predecessor XBOX 360.

Its on-line service XBOX Live Gold offers the multiplayer option on the Internet and the download of 2 to 4 games each month. XBOX Live Gold price: 4,99€/month.

What sets this company apart is its on-demand game service: XBOX Game Pass, also called the Netflix of video games, where you can choose the game you want from a catalog of 100 titles and download it to your console. This catalog usually includes the platform’s exclusive games from launch day, which greatly increases the value of this service. XBOX Game Pass price: 10€/month. 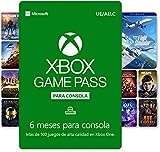 If you’re into more lighthearted games that worship pure entertainment, without overly convoluted storylines, the Nintendo Switch is your ideal platform. Masterpieces like Zelda: A breath of the Wild or Super Mario Odyssey are only available on Switch (not counting the already discontinued Wii U).

Price of the 3 game consoles

Considering that we are at the end of the cycle of the current generation, all companies are launching very juicy and appealing offers. You have to be aware because as of today you can not say which console is cheaper, as prices vary quite a lot, although it is normal that we find the Playstation Pro and Xbox One X a little more expensive than the basic versions.

Check out the articles where I compile the best deals on game consoles, plus packs with the best games and controllers.

Which one is the best? Conclusion

Having reviewed the most important points of all versions of the current generation consoles, it is time to take stock and choose the best of all, for this I have divided the players into three divisions:

For those looking to enjoy the best exclusive video games, the PS4 catalog is undoubtedly the winner, with the best adventure titles, shooter, stealth, hack & slash or horror among other genres.

For people who mainly want to enjoy the most current and well-known titles (Fortnite, Call of Duty, FIFA) the best decision is the XBOX ONE S. for the quality-price ratio of the game console and for its XBOX GAME PASS service, it is the best option to enjoy the new releases and entertain yourself for a while at the best price.

The Nintendo Switch catalog offers a lot of exclusive games in addition to being the platform par excellence for a lot of indie titles. To that you have to add the possibility of being able to play with the console anywhere.